Sign up for Shelley Coriell's newsletter and receive a FREE reader gift and get news on her latest books! 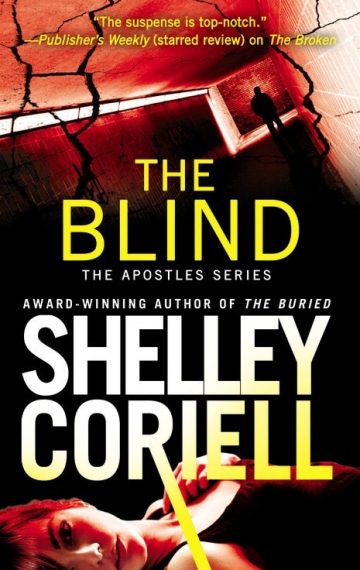 As part of the FBI’s elite Apostles team, bomb and weapons specialist Evie Jimenez knows playing it safe is not an option. Especially when tracking a serial killer like the Angel Bomber. He calls himself an artist—using women as his canvas and state-of-the-art explosives as his brush. His art lives and breathes . . . and with the flick of a switch . . . dies.

As the clock ticks down to his next strike, Evie faces an altogether different challenge: billionaire philanthropist and art expert Jack Elliott, who’s made it clear he doesn’t care for Evie’s wild-card tactics.

Jack never imagined the instant heat for the Apostles’ defiant weapons expert would explode his cool and cautious world—and make him long to protect this woman. But as Evie and Jack get closer to the killer’s endgame, they will learn that safety and control are all illusions. For their quarry has set his sight on Evie for his final masterpiece.